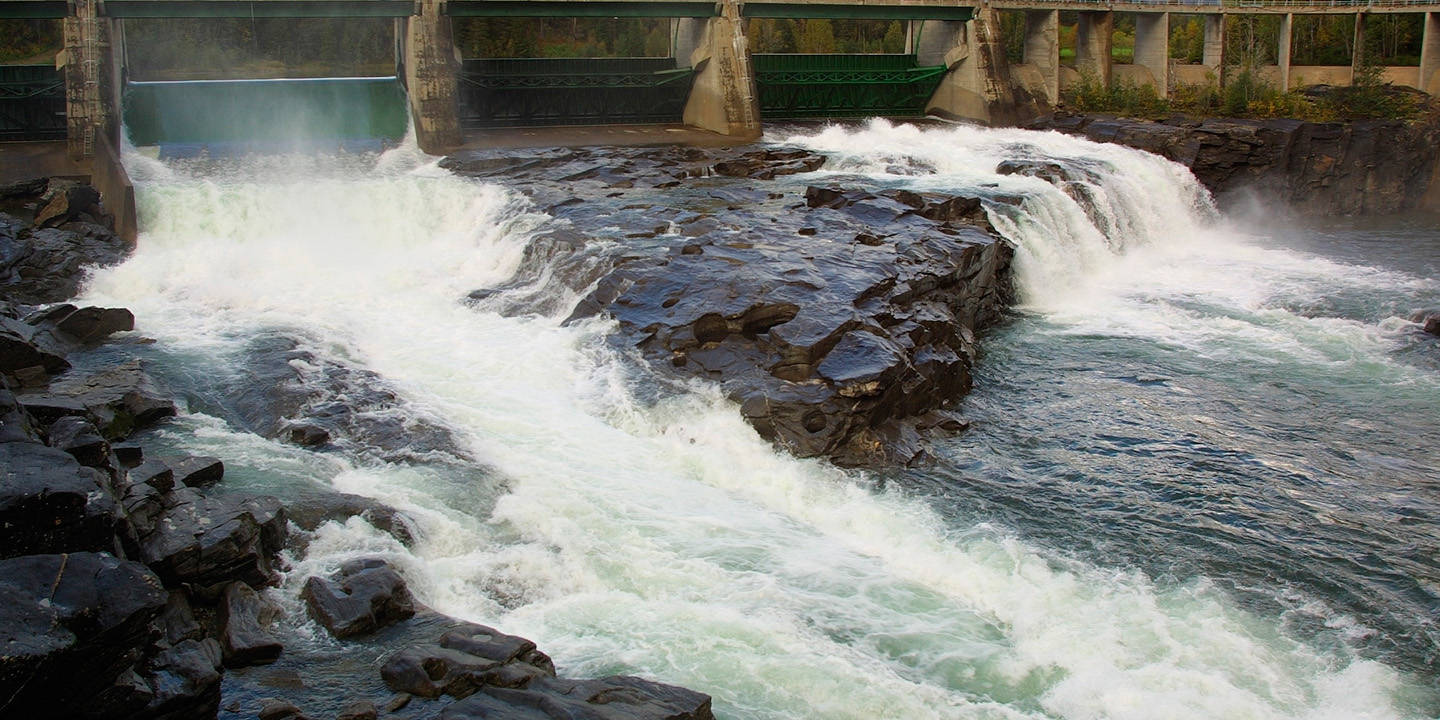 The licensing authorities are responsible for processing licence applications and issuing licences. They include the Storting (Norwegian parliament), the Norwegian Government (formally the King in Council), the Ministry of Petroleum and Energy and the Norwegian Water Resources and Energy Directorate. The text below describes licensing procedures for hydropower projects under the Watercourse Regulation Act and the Water Resources Act, and for electrical installations under the Energy Act. English translations of all three acts are available here.

The Norwegian Water Resources and Energy Directorate has prepared guidelines (in Norwegian only) for administrative procedures for a number of different types of works in river systems. These include aquaculture facilities, the construction of small power plants, upgrades and renovation of existing power plants, construction in or across river systems, gravel pits and flood protection measures.

If a project comes under Appendix II of the EIA Regulations, an EIA is not mandatory and the developer is not required to notify the authorities of the project. As a general rule, the ordinary licensing procedures under the Watercourse Regulation Act and the Water Resources Act are followed in such cases. If an EIA is found to be necessary, it must satisfy the requirements of Appendix IV of the EIA Regulations. The developer may be required to submit supplementary studies if the application does not provide sufficient information. The impacts of a project must be thoroughly described in the application even if no EIA is required under the Regulations.

If a project comes under Appendix I of the EIA Regulations, so that an EIA is mandatory, the Directorate will determine the final impact assessment programme after submitting it to the Ministry of Climate and Environment. The notification is made available for public inspection and local authorities and organisations are consulted on its contents. They also receive a copy of the final assessment programme for information purposes. Once an EIA is completed, the report is submitted together with the licence application.

Authorities, organisations and landowners that will be affected by the project are consulted on the application, and the EIA if one has been carried out. The Directorate makes an overall assessment of the project and submits its recommendations to the Ministry of Petroleum and Energy. The Ministry prepares the case for the Government (King in Council) and presents its recommendation. This is based on the application, the Directorate’s recommendations, the views of affected ministries and local authorities and the Ministry’s own assessments. The King in Council then makes a formal decision on the project in the form of a Royal Decree. If a project is particularly large (more than 20 000 natural horsepower) or controversial, the Storting is consulted and given an opportunity to debate the matter before a licence is formally awarded by the King in Council. The figure illustrates the procedures.

Licensing authority for small-scale hydropower projects has been delegated to the Directorate. Small-scale projects are defined as power plants that require a licence under the Water Resources Act and have an installed capacity of less than 10 MW, but do not involve regulation of the rate of flow in a river exceeding the limit that triggers licensing requirements under the Watercourse Regulation Act. The procedures are simpler than those for large-scale projects, which also means that they can be processed more quickly. On 1 January 2010, the licensing authority for power plants below 1 MW (mini and micro power plants) was delegated to the county authorities, with the exception of projects in protected river systems.

For power plants of between 1 and 10 MW, a study of biodiversity that may be affected by the development is required. Pursuant to the rules of the Planning and Building Act, public notice of the application is given in the local media, it is made available public inspection, and authorities, organisations and landowners that will be affected are consulted. After this, an on-site inspection of the area is held before a decision is made.

Licensing procedures under the Energy Act

The Energy Act requires anyone who builds, owns or operates an installation for the production, transformation, transmission and distribution of electrical energy to hold a licence. This means that, even if a licence has already been granted for a power plant under the Water Resources Act, the electrical installations are still subject to the licensing requirements of the Energy Act. The Norwegian Water Resources and Energy Directorate is the licensing authority for electrical installations, except for new major power lines longer than 20 kilometres carrying a voltage of 300 kV or more. The licensing authority for these has been transferred to the Government (King in Council). The Directorate’s decisions may be appealed to the Ministry of Petroleum and Energy.

Licence applications must be submitted to the Directorate. If an environmental impact assessment is required under the EIA Regulations, the EIA report must be included with the application. The EIA Regulations specify the limits above which an impact assessment is mandatory or may be required. Overhead electrical power lines and subsea cables with a voltage of 132 kV or more and a length of more than 15 km are included in Appendix I, and an EIA is mandatory. Power lines that require a licence under the Energy Act are included in Appendix II, and an EIA may be required.

For projects that do not come under Appendix I of the EIA Regulations, the first step in the process is to send a licence application to the Directorate under the rules of the Energy Act. The Directorate processes the application under the rules of the Energy Act and the EIA Regulations, and assesses its likely impacts. As a general rule, the Directorate also holds consultations and makes information available to stakeholders, and may also organise public meetings as part of the licensing procedures. If screening under the EIA Regulations indicates that the project may have significant effects, the requirements for an EIA must be met and any supplementary information required must be obtained and made subject to consultation procedures.

The Directorate’s licensing decisions can be appealed. If the Directorate upholds its decision, the appeal is sent to the Ministry, which deals with it under the normal rules of the Public Administration Act. If necessary, the Ministry will carry out an inspection of the site as part of the appeal process. The Ministry’s decision is final and cannot be appealed. The figure illustrates the procedures.

Licence applications for new major power lines longer than 20 kilometres carrying a voltage of 300 kV or more are formally decided by the King in Council. The Directorate assesses applications and submits its recommendations to the Ministry. The Ministry holds a public consultation on the recommendation, and prepares the matter for the Government (King in Council), which decides whether or not to award a licence. These decisions cannot be appealed.

Major power line projects are also subject to Norway’s rules for governance of investment projects. This involves a needs analysis and choice of concept, and external quality assurance to determine whether a project is viable. Full documentation of this procedure must be submitted to the Ministry, which decides whether a proposal can be submitted and the procedures described above can be started.

Many factors affect the time spent on processing licence applications, for example the conflict level and complexity of the individual project. Hydropower and energy projects generally have impacts on commerce and industry, local communities, the environment and other user interests. The licensing authorities are responsible for ensuring that a project has been thoroughly assessed and described before a decision is made. They must also consider the need for additional studies of various topics and supplementary statements on issues raised during the licensing procedures. It is important to ensure that licence applications are properly and thoroughly assessed, and that procedures are as efficient as possible.