Energy use in Norway 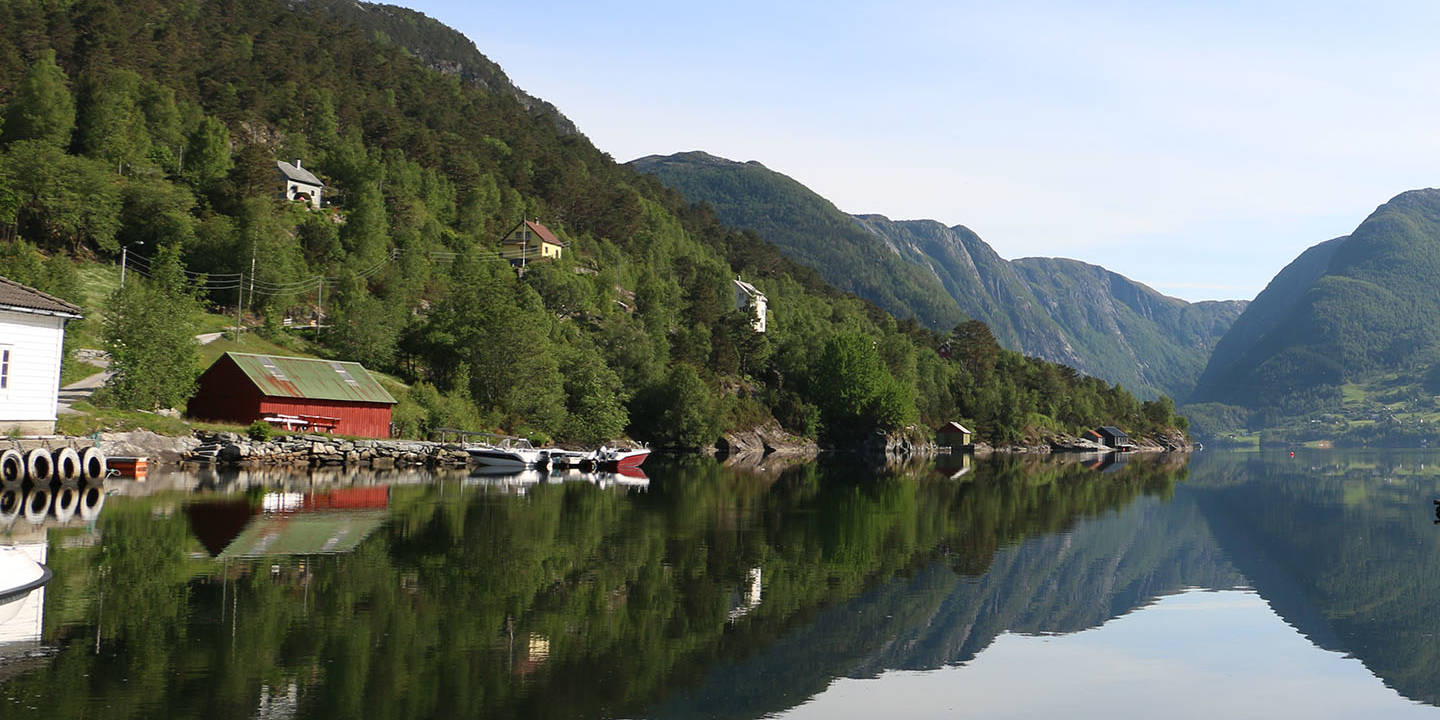 PATTERNS OF ENERGY USE

Access to reasonably priced hydropower has shaped energy use in Norway. Everyone has access to electricity, which is used for more purposes than in most other countries. Norway has a large energy-intensive manufacturing sector, and electricity is much more widely used to heat buildings and water than in other parts of the world. Because such a large proportion of electricity is produced from renewable sources, greenhouse gas emissions associated with stationary energy use are low in Norway.

IMPORTANT DRIVERS OF ENERGY USE

Norway’s population has risen by 1 million since 1990.

Strong economic growth has resulted in a doubling of GDP since 1990. Both production of and demand for goods and services that use energy are growing steadily.

However, final energy consumption has risen by only 16 %, so that the Norwegian economy has become gradually less energy-intensive.

TRENDS IN ENERGY USE

Energy use is highest in the manufacturing and transport sectors, followed by services and households. Other sectors such as construction, agriculture and fisheries account for only a small proportion of energy use. Energy use has risen by about 29 TWh since 1990, most strongly before 2000. In 2017, final energy consumption totalled 213 TWh, somewhat lower than the average since 2000. 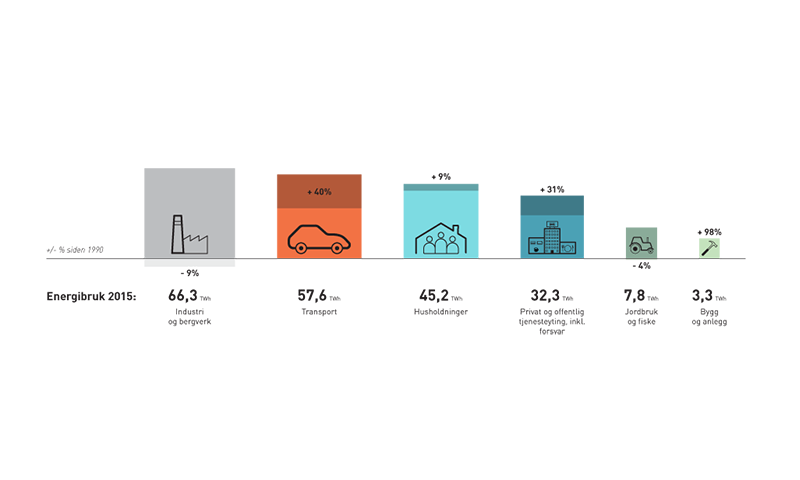 EMISSIONS ASSOCIATED WITH ENERGY USE

Greenhouse gas emissions from energy use are lower in Norway than in many other countries, because Norwegian electricity production is renewable and electricity is widely in buildings and in manufacturing. However, Norway also uses large amounts of fossil fuels, particularly for transport and in construction and agricultural machinery.